There’s a definite French feel to Blue Lake’s early days. Family names like Chartin, Perigot, Deschartes and Douarin grace the town’s beginnings while those who shaped the larger northern Humboldt Bay economy and made it possible for the town to thrive included other newly-arrived Europeans with names like Jacoby, Brizard and Korbel.

Clement Chartin came from Loire River farm country. Although his early work was as a butler and chef in Paris, Egypt, New York and Washington, D.C. he never lost his eye for good growing places. In 1871 Chartin bought 160 acres beside a small lake in the Mad River valley where he envisioned a resort community to serve the area’s growing timber industry workforce. Chartin built a hotel, livery stable, a lakeside dance platform, an ‘Emporium’ and theater – the ‘Opera House’. 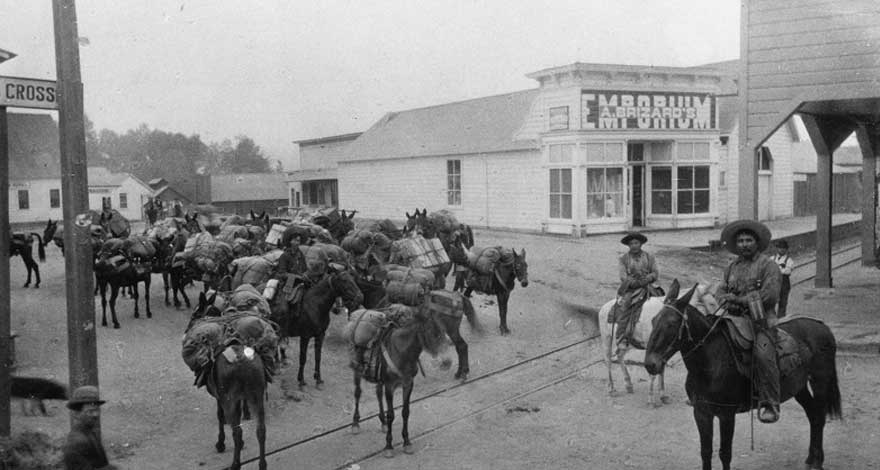 In 1883 the Korbel brothers, Francis, Anton and Joseph, founded the Arcata & Mad River Railroad to extend an existing line from the ship channel in north Humboldt Bay through town to their Humboldt Lumber Mill Co. upstream of Blue Lake, a mill-town later named Korbel (Wikipedia.org)

The Korbels had a steam schooner, the North Fork, built at the Bendixsen yard on Humboldt Bay. The North Fork could carry 425,000 board-feet of Mad River redwood per sailing to the San Francisco and southern California markets. With the Korbels’ 1888 acquisition of a new Baldwin locomotive named Blue Lake Monsieur Chartin’s peaceable lakeside hamlet had come into its own, with daily freight and passenger service to Arcata and the world beyond. 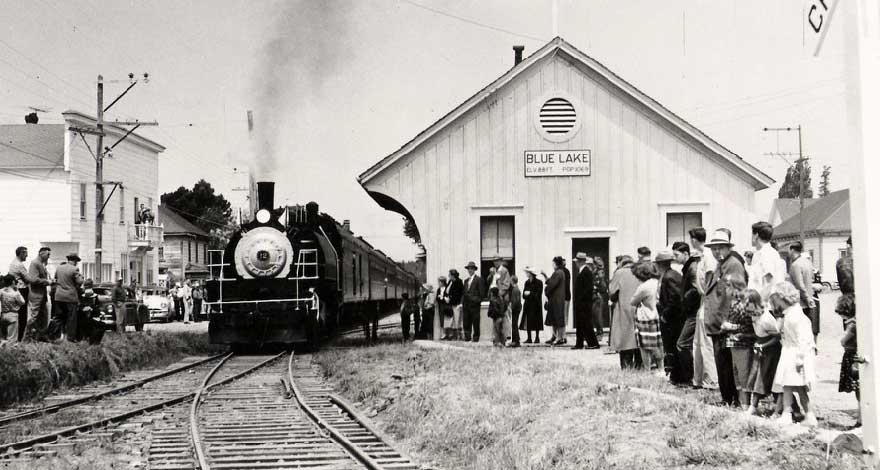 The Arcata & Mad River Railroad, key to Blue Lake’s early commercial and cultural success, became affectionately known as the ‘Annie & Mary’ after the company secretaries who staffed the two ends of the lines in the 1890s.

Over the years since the Mad River valley’s timber heyday Blue Lake has held on to its reputation as a gem among California’s redwood region communities. Only four miles from Humboldt Bay and the ocean, close enough to smell the fresh salt air on a summer day, Blue Lake is sheltered from the Pacific’s frequent chilling winds.

While the last mill in town closed in the 1970s that site is now a thriving City of Blue Lake- developed business park, anchored at one end by Blue Lake Power, a biomass electrical energy producer capable of lighting 7,000 homes, and at the other by the award-winning Mad River Brewing Co. (‘spreading the Madness one beer at a time’).

No history of Blue Lake would be complete without mention of the International School of Physical Theatre. Born in Blue Lake as the Dell’Arte School of Mime and Comedy, but known affectionately throughout the Humboldt Bay region and the world simply as ‘Dell’Arte’, the school and theater are housed in Blue Lake’s venerable 1912 Odd Fellows Hall.

Dell’Arte founders Carlo Mazzone-Clementi and Jane Hill first ‘brought in the clowns’, to the delight of Blue Lake visitors, in 1975. Attracting serious acting students from all over the world in the years since, Dell’Arte has added to Blue Lake’s deserved reputation for having fun – the reason for which the town was established in the first place. 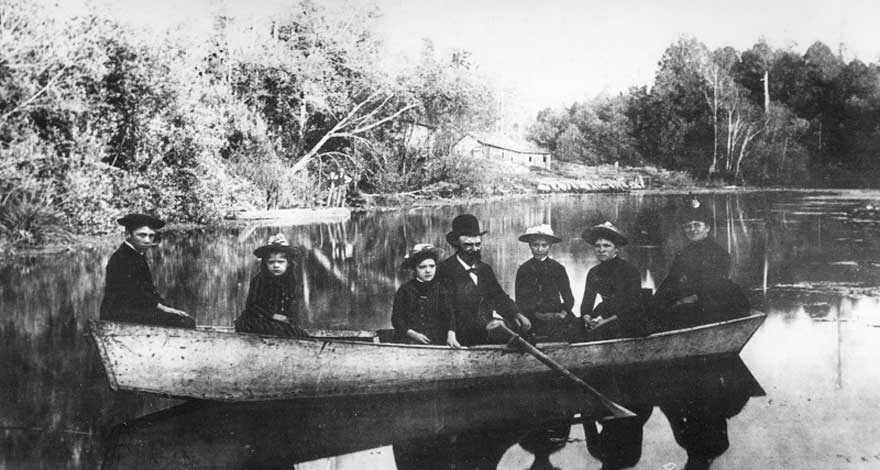